The cultural life of Brest is rich, varied and eventful. A sculptural composition of the 1000th anniversary of the city over the Bug River at the road junction of Sovetskaya Str. and Gogol Str. has already become the central attraction for the residents and guests of Brest. Ancient Brest… is getting younger and younger every year. Creativity and fresh ideas are in the air. An annual international festival of classical music «January Music Nights» gathers many performers and spectators. Musicians and performers from all around the world (Germany, China, Lithuania, Poland, Moldova, Russia, Ukraine, Japan) take part in it. A famous Russian tenor Vladislav Piavko, the National artist of the USSR Zurab Sotkilava, the National artist of the USSR, the violinist Liana lsakadze, the National artist of Russia, the winner of the international award “The Person of the Year” and the order “Golden Star of the Fatherland» Sergey Zakharov (the baritone), the professor from Sweden Marianne Jacobs (the piano), The National Academic folk choir of the Republic of Belarus named by G. Tsitovich under the guidance of Professor Michael Drinevsky and many others had their performances in Brest. 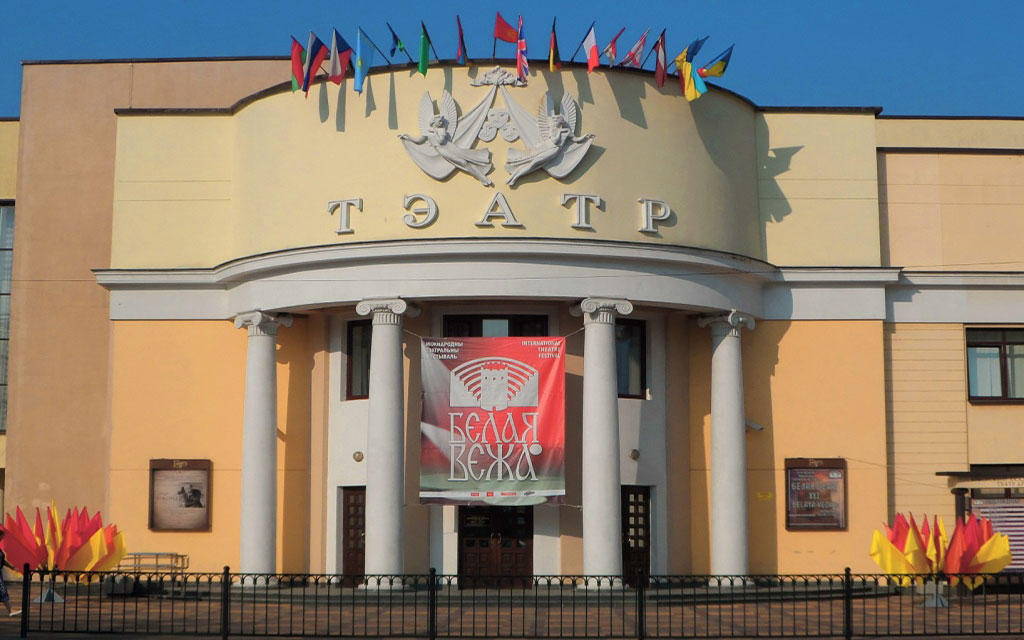 One of the most prestigious events in Belarus, an international theatre festival “White Tower”, has taken its place in Brest Drama Theatre since 1996. It gathers troops from more than twenty countries of the CIS, Eastern and Western Europe every autumn. Brest Drama theatre was opened in August 1940 and at the beginning of October 1944 resumed its work as The State Youth Russian Drama Theatre named by Lenin Komsomol of Belarus. After the reconstruction in 1995, the cultural institution received a new name Brest Drama and Music Theatre named by Lenin Komsomol of Belarus. Its doors are wide open not only for the lovers of Melpomene, there are also exhibitions and parties, solemn sessions and concerts and the traditional Brest Ball. The State Institution “Brest Academic Drama Theatre” has been situated at 21 Lenin Str. since 2009. The day off is Monday. Tel: +375 162 20 76 60, +375 162 21 32 31.

In 1968 the puppet theatre was opened in Brest, the basis of which was formed by a puppet troop of the regional drama theatre. In 2006 the theatre received the Grand Prix at the X World Festival of Puppet Theatres, held in Prague (the Czech Republic). In 2012, Brest puppeteers brought the award “Bestplay” to Belarus for the first time from the Congress of the International Union of UNIMA actors. Soon the theatre will be located in a new building. It is registered at 56 Lenin Str. Tel: +375 162 22 04 90. 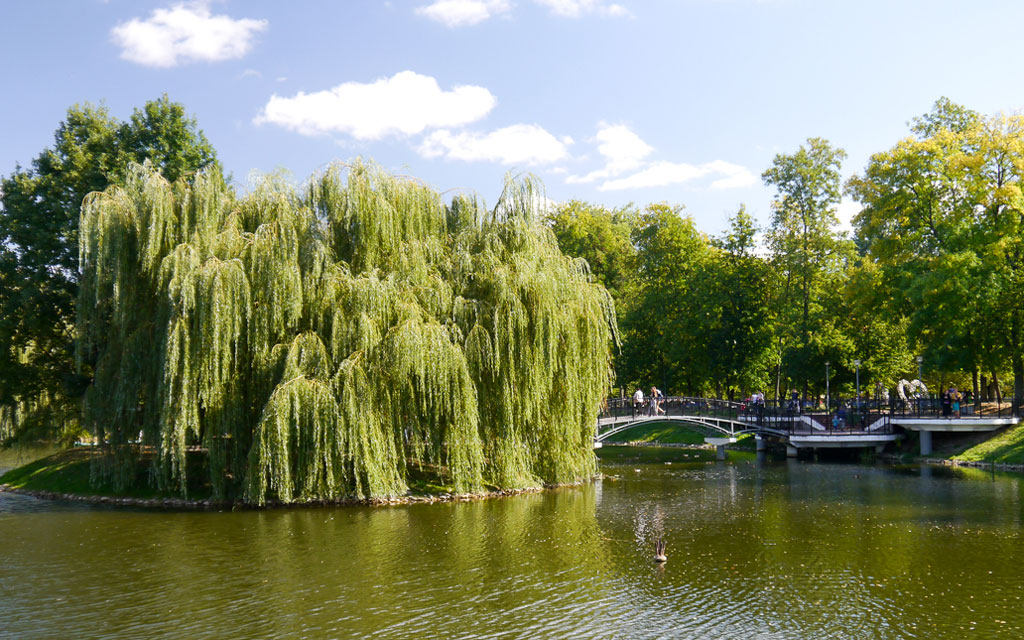 It is easy to see that green lawns, old squares and magnificent parks are a visiting card of Brest. Brest residents love to wander across the alleys of amusement park “May, 1st”, situated in the center of Brest. it was built in the late 403 of the last century. There are about 100 species of trees, attractions, points of public catering, a concert stage, chess and checkers club here. Amusement park “May, tst” (3 Lenin Str., tel. +375 162 23 75 94) won the prize in the contest «Crystal Wheel-2009» in Sochl (Russia) in the nomination “The Best Amusement Park».

The attention of the residents of the district “East” is drawn by the paths among the birches in Forest Park named after the Warriors-lnternationalists. Brest residents like to sit on the benches in the shady gardens of Liberty and lkonnikov Squares, Cosmonauts and Shevchenko Boulevards, Mitskevrch and Gogol Streets, the Embankment of Francis Skaryna. The city is green and the air is clean and fresh in the city over the Bug. 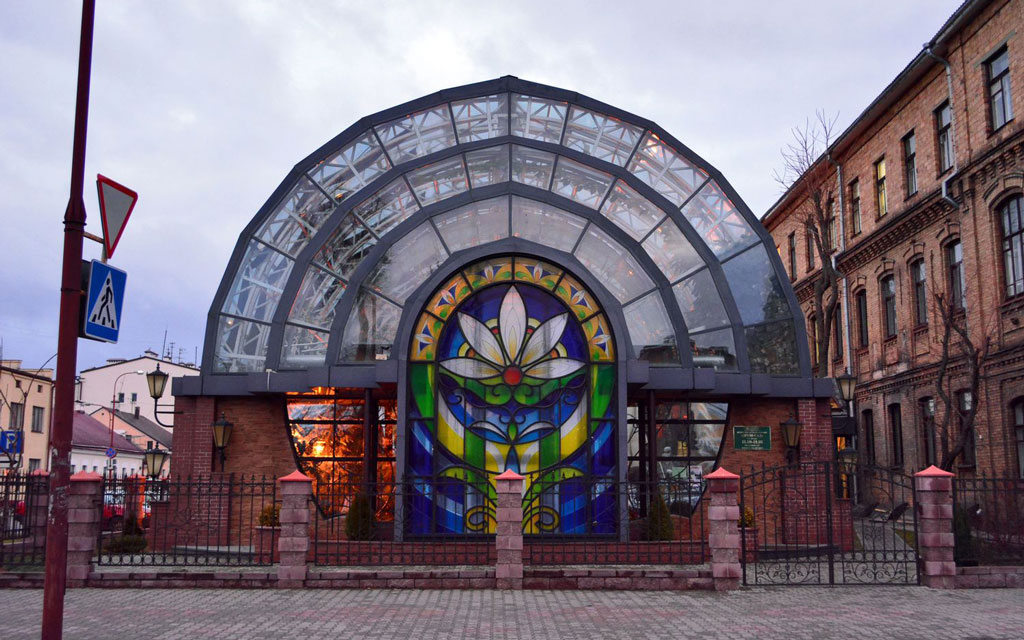 To breathe some fresh air, listen to the birds singing, see rare tropical plants Brest residents go to “Winter Garden” of Brest State University named after A. Pushkin (corner of Mitskevich Str. and Sovetskaya Str.). You can spend a couple of hours in the tropics, sub-tropics and the desert without exhausting air travels. “The Garden of Continuous Bloom” is extremely beautiful in spring and summer. It was founded by the biologists of the university. Its area is 0,25 hectares and there are 1600 different trees and bushes there. “Winter Garden” is open to the public from Wednesday to Sunday from 11 am. to 6 pm. Tel: +375 162 20 85 42.

Time and cost specify in advance